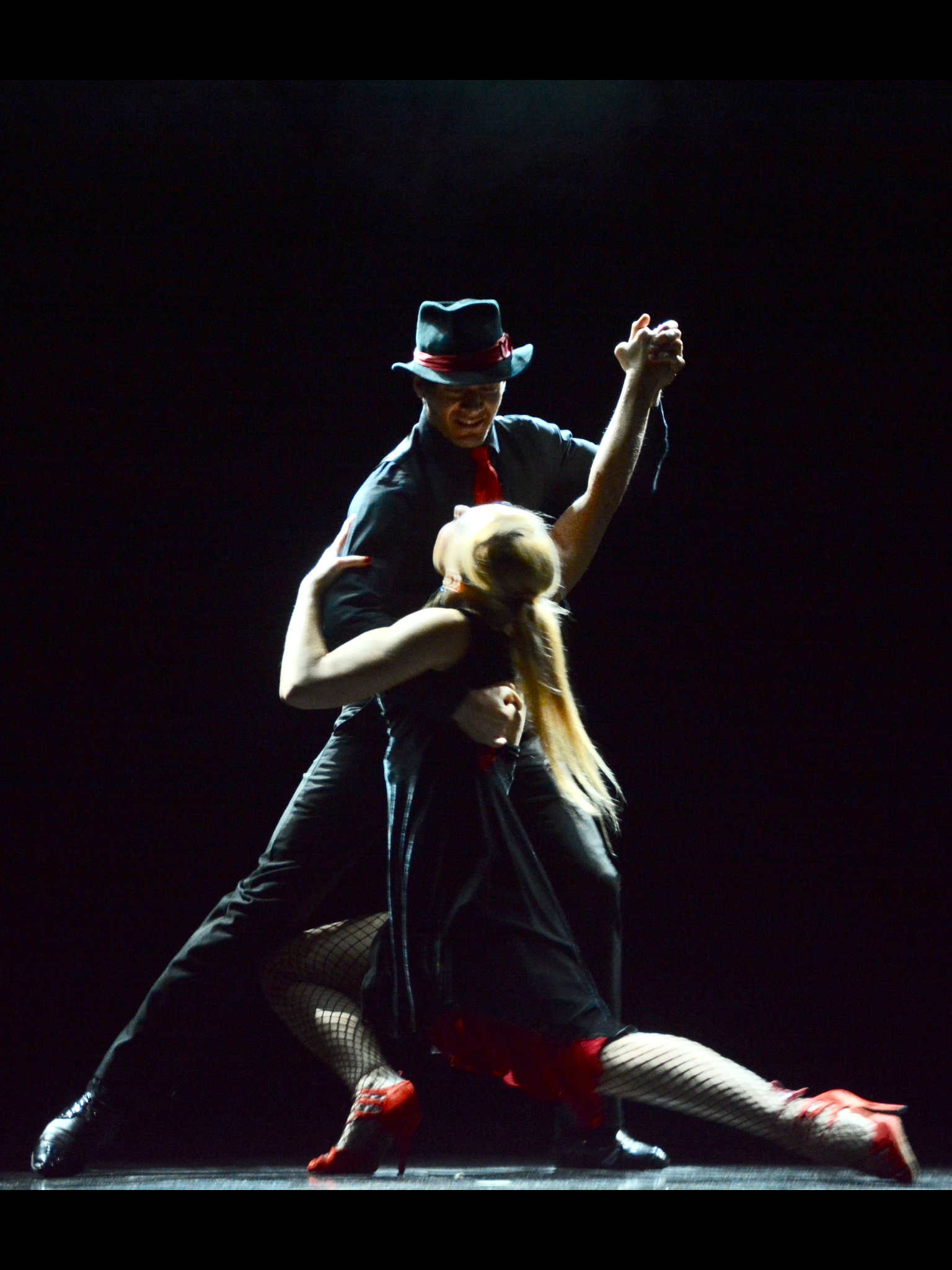 Dancing with the Stripes onboard the Navigator of the Seas

OK, so if you have sailed on a trans Atlantic crossing on a Royal Caribbean cruise ship, you probably have witnessed Dancing with the Stripes (DWTS), a show where professional dancers are coupled with Officers to participate in a dancing competition, not unlike the popular reality Dancing with the Stars, for the pure entertainment of the couple of thousand of guests onboard. Needless to say, we (the Officers) had no prior dancing training, not to mention most of us were musically impaired (such as myself), yet we were voluntold to do it by our boss and there was no way out of it. Clearly he wanted to make fun of us and we were in no position to refuse.

Now, in retrospect, apart from the terrible stage freight that paralyzed me prior to the show and the many bruises I had acquired in the training process, this was one of the most fun things I have ever done. The pleasure to practice dance moves with a gorgeous partner, who is forced to be patient and kind to you is in one word- priceless. I have had the pleasure of participating in 3 different DWTS competitions and I owe a ton of gratitude to Uros from Serbia, Mattias from Argentina and Danilo from Brazil, all experienced dancers and wonderful choreographers.

We were given the chance to chose our dances and a month to prepare. I insisted on performing Tango each time, which to this moment I believe is the most passionate and expressive of dances. Previously I had attended the grand total of one Tango lesson in Uruguay, enough to know these sensual moves were not for amateurs. But, with the naivety of a novice, I threw myself in this adventure with all I got, in a desperate hope not to embarrass myself and my partner in front of the thousands of valued guests.

Well, at least this was my noble intention … Two cracked ribs, a whiplash and plenty of bruises later, I was just hoping I could get through the routine without falling or freezing on stage and I didn’t have the energy to care about my partner any more- he was a professional after all, I knew he would be ok. I was in a great deal of pain by the time we had to compete, so I had to be heavily medicated prior to the performance, thank Goodness. As a result, I barely have any recollection of the actual performance, but some of my colleagues had been proactive and recorded it with one purpose in mind- to blackmail me later. The only way to prevent harassment was to publish the videos myself and beat them at their own game 🙂

You may think that after the first time I participated in DWTS, I would have gained some skill and confidence, so the 2nd and the 3rd time would have been a piece of cake. Well, you would be wrong. It was like I had experienced an amnesia and had to start from the basics each time I was the “chosen” one. In my defense, these shows were years apart and there was enough time for me to forget everything, mostly because I am one of those people with two left feet and not a single musical bone in my body.

Watching these videos now, I feel nostalgic for those fun times, I hope we get to enjoy public humiliation again soon:-) A big thank you goes also to my boss Sanjey who forced me into this craziness, my boy-friend who had to listen to my endless moaning, as well as all those sweet guests who went out of their way to encourage and give us lots of positive feedback, you guys made it all worth the pain and embarrassment!